At the beginning of the 20th century, the beaver was on the verge of extinction on the former Russian Empire lands due to unscrupulous harvesting. There still were a few small beaver populations in some areas in Russia. These were the Voronezh Region, Belarus, Western Siberia, and Tuva and in a short time there were created several beaver natural reserves. One of them was the Voronezhsky Biosphere Reserve, which was founded in 1923.

The history of the Beaver Nursery started on April, 10 of 1932. That was the day when P. Mandrovskiy, the biological research station professional, and M. Kryukov, the forester, caught the first beaver, thus making a start of keeping beavers in captivity.

Initially beavers were kept in monastery constructions that were ill fitted for this purpose. However, in a while on the Usman river bank there were built enclosures and closed housing schemes. 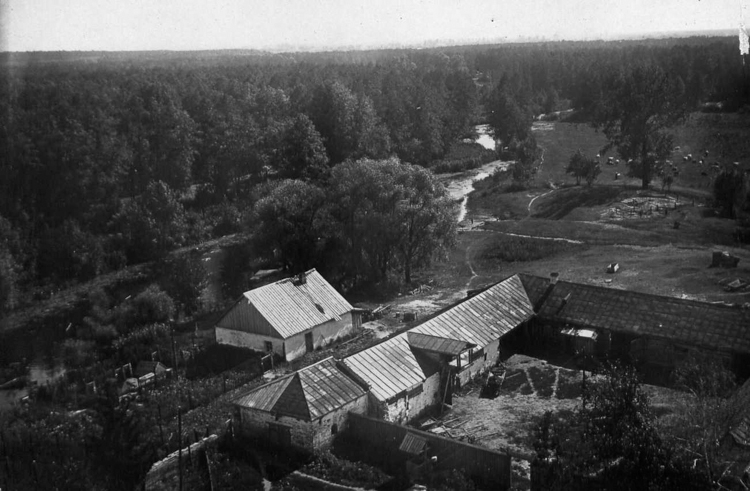 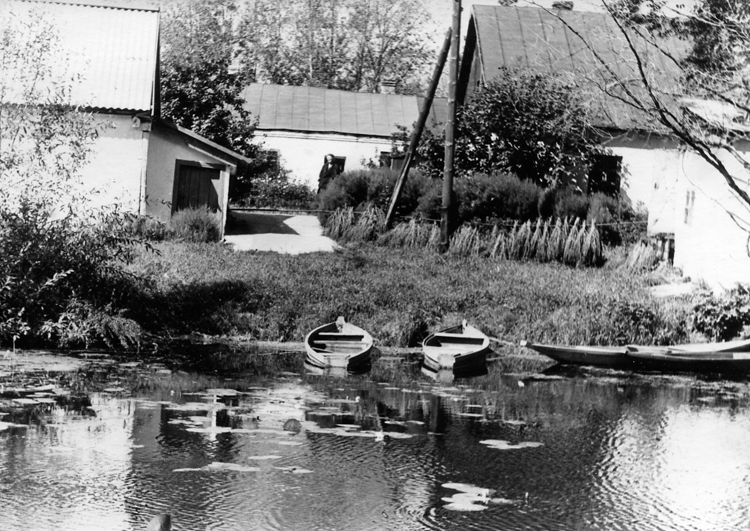 The beaver farm, as the breeding ground was initially called, had been an intermediate station in the process of the wild animals’ dispersal. It was the place where were formed breeding pairs and dispersal colonies. Throughout the history of the breeding ground, it has hosted 2757 wild beavers.

The scientists working in the Voronezhsky Biosphere Reserve have developed instructions on trapping, transporting and releasing young beavers into the wild, as well as on the procedure of dehelminthization and group-confining.

The first colony of Voronezh beavers consisted of eight animals and was shipped to the Lapland Biosphere Reserve in Murmansk Region, where they were dispersed. Not only USSR nature reserves but also the ones in other countries worked on the dispersal of Castor fiber orientoeuropeas.

For example, in 1948 30 beavers were released into the wild in Poland, in 1953 some were taken to the German Democratic Republic and in 1962 some Voronezh beavers were transported to Mongolia. Nowadays half of the beavers inhabiting Russia originate from the Voronezh Region.

In 1934 the Beaver Nurseryof the Voronezhsky Biosphere Reserve witnessed the arrival of two beaver kittens. It was the first time beavers had come into the world in captivity. In 1936 five Canadian beaver kittens were born. It is also worth mentioning that it wasn’t until 1943 that in the USA a fur breeder named Mark Weaver got a pair of Canadian beavers to breed in an enclosure. 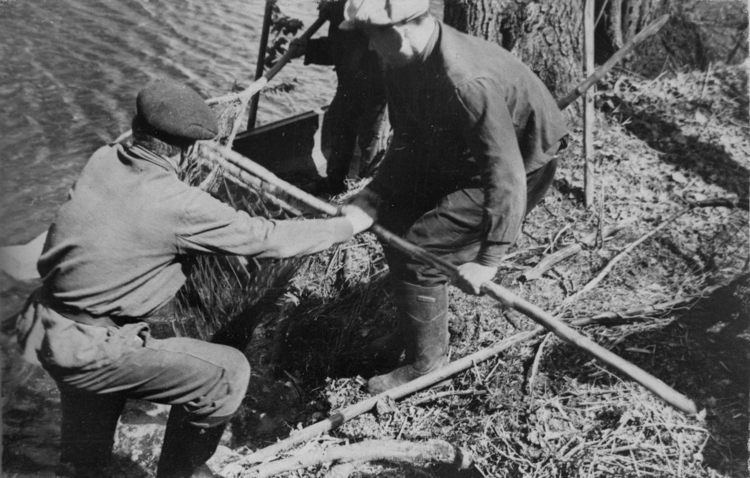 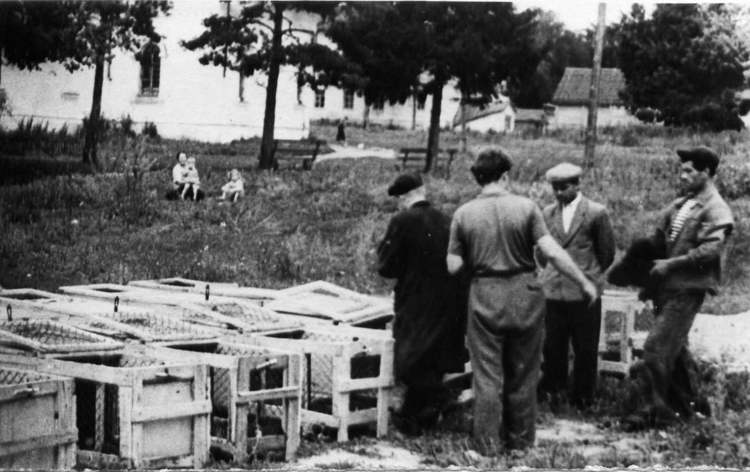 Throughout the history of the Voronezhsky Biosphere Reserve there have been 1390 beavers born in its experimental Beaver Nursery. 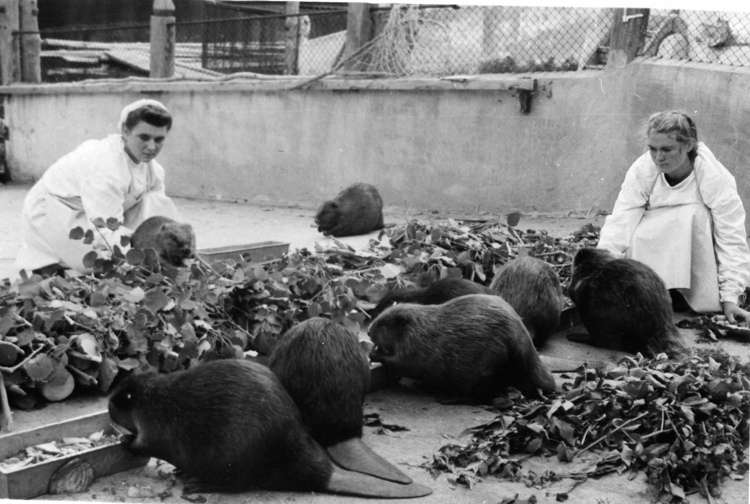 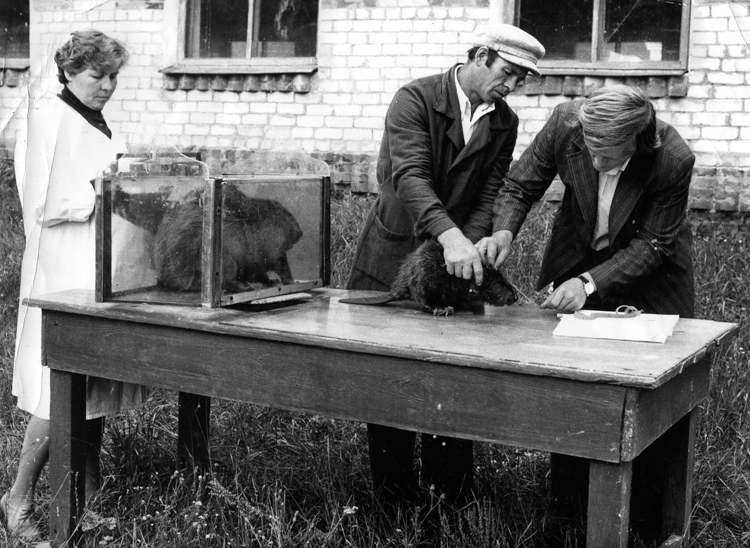 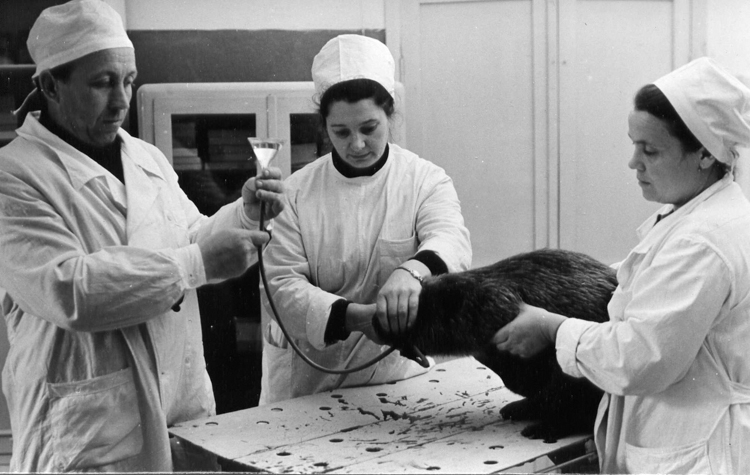 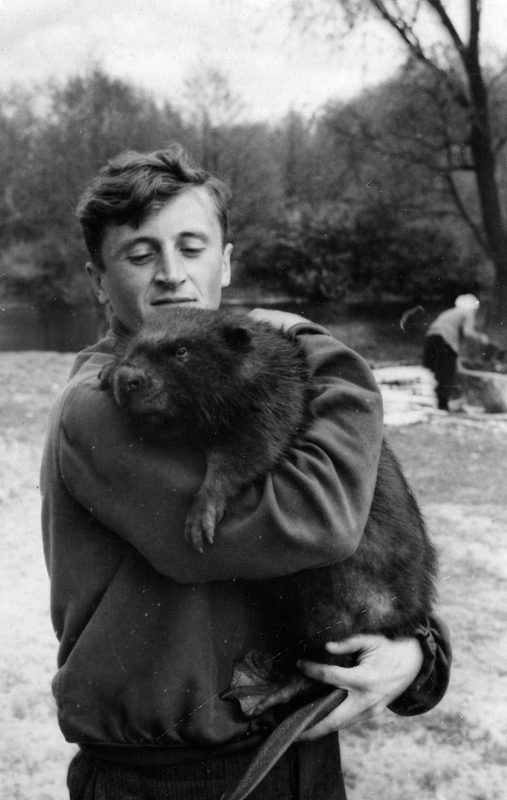 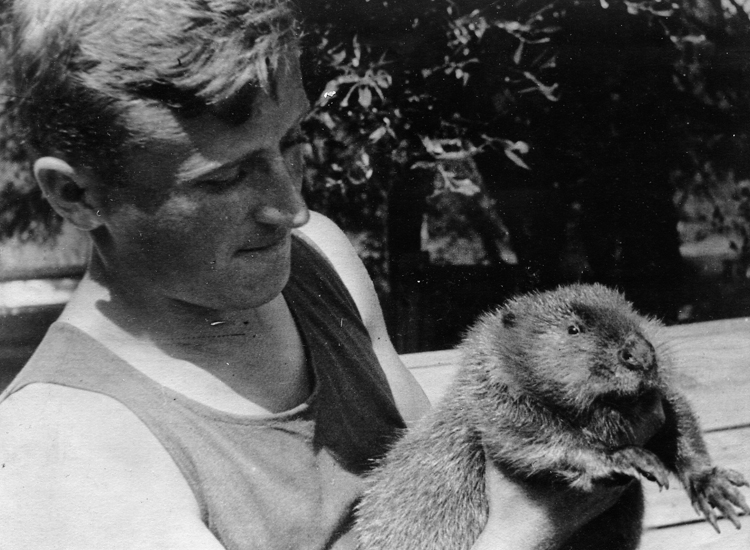 There is a strong bond between the existence of the reserve and the Lavrov dynasty. It was Leonid Lavrov, an honored livestock specialist of Russia, who stood at the origins of beaver keeping. He was a world-renowned beaver specialist and he devoted 56 years of his life to the Voronezhsky Biosphere Reserve, beaver biology and ecology studies, beaver keeping and Beaver Nursery.

From mid-fifties to 1978 N.Lavrova, his wife, also worked in the reserve. Their son, Vladimir Lavrov, followed the same path as his parents and he has been the head of the science and zootechnics department for over 35 years by now. In early 1990s L.Lavrov was decorated by the state with USSR State Prize.

Since the very beginning, the reserve cooperated with research institutes and higher education institutions in Voronezh, Moscow, Leningrad, Novosibirsk, Pyatigorsk, and Kirov. As a result, numerous studies, research papers and PhD theses concerning the beaver were published.

Nowadays a Castor fiber orientoeuropeaus livestock that is kept on the breeding ground (Lavr. 1981), exhibits sustainable reproduction figures and thus not only selective breeding tasks can be accomplished, but it is also possible to sell small colonies of beavers to hunting entities, zoos and circuses.

In recent years, grown beavers that were born in the reserve were sent to hunting entities in the Voronezh and Rostov Regions, while the young stock was sold to Viktor Silchenko, an associate of The Russian State Circus Company and an Honored Artist. He previously trained coypus, also known as swamp beavers, and he was the first animal trainer ever to create a beaver circus act.

In 2012 a circus act that involved a beaver climbing a two-meter vertical ladder was registered at the Russian Book of Records, which is documented with a certificate and an award. V.Lavrov, the reserve’s leading research associate who consulted Silchenko on breeding the little beavers and preparing the circus act. 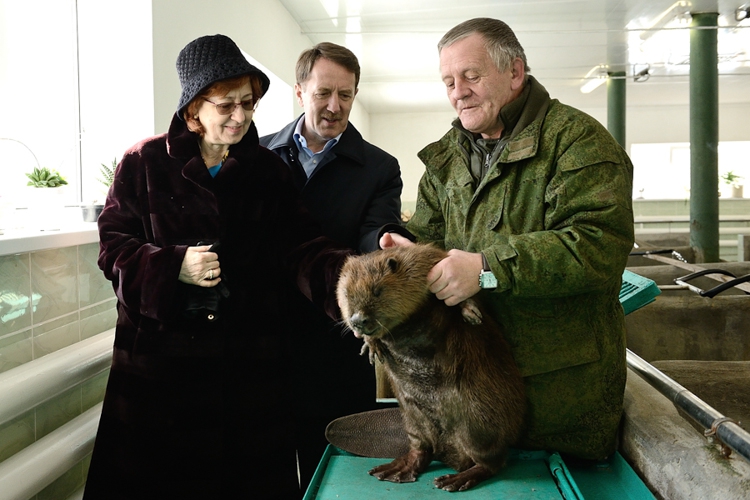 The Voronezhsky Biosphere Reserve experimental Beaver Nursery is an essential element of the reserve’s initiative for environmental education. It has been open to the public since it was founded. First visitors could watch the beavers that were kept in open enclosures on the bank of the Usman River from a viewing platform.

Since 2000s the breeding ground has been regularly visited by tourist groups. The tourist flow is as intense as 15,000 to 20,000 people a year. In addition, TV segments and documentaries are regularly filmed on the Beaver Nursery.